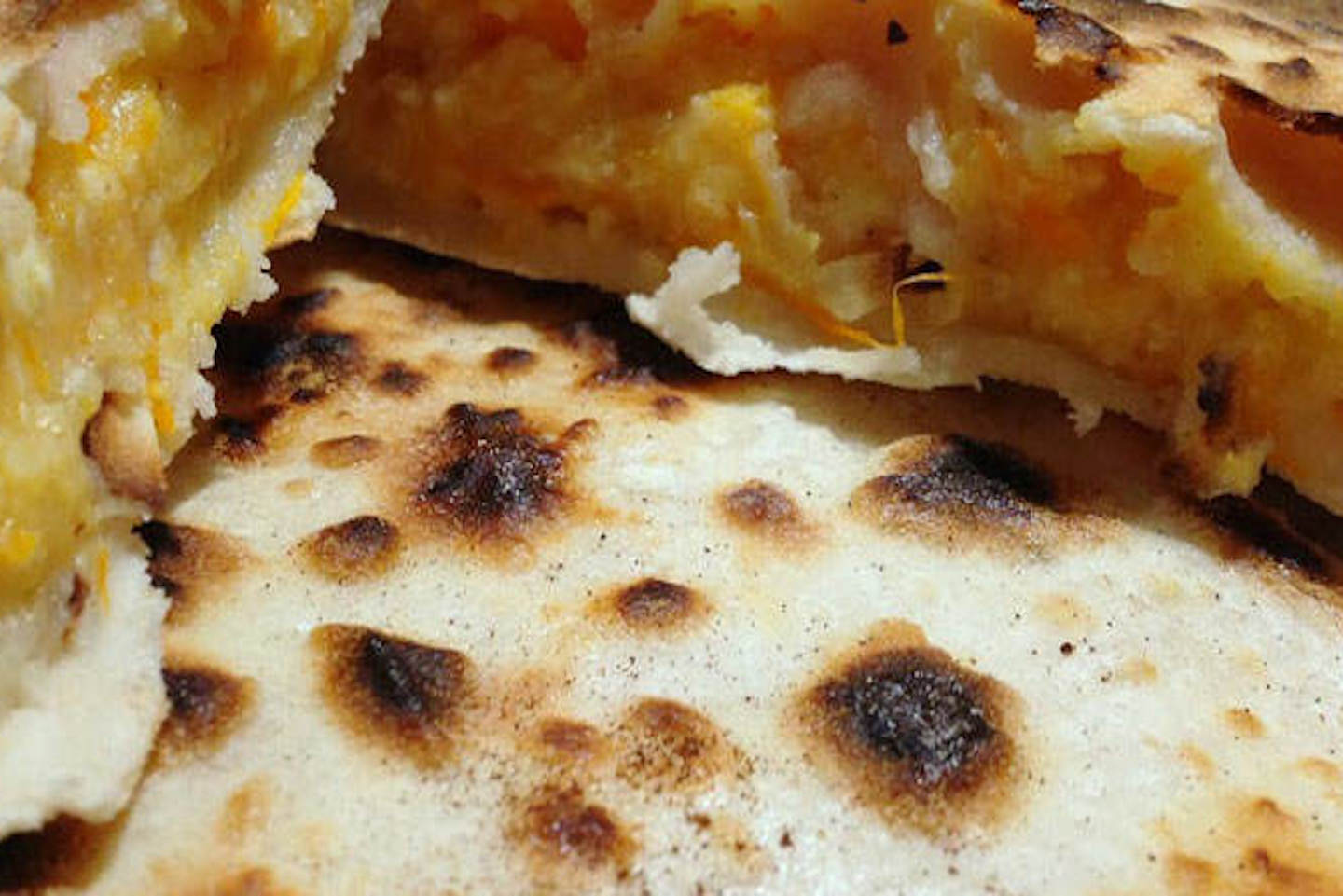 It is a dish that, because of the way it was prepared, was particularly suitable for the life of shepherds who stayed in the woods.

Knead on the pastry board some soft wheat flour with water and salt. Work the dough with your hands and roll it out with a rolling pin until you obtain a thin sheet. Prepare the filling by boiling the potatoes, which, after being peeled, are mashed and seasoned with a sauce made from onion, celery, carrot, sage, garlic, tomato, oil and salt. Pecorino cheese, eggs, butter, nutmeg and salt are added to the mixture. Take the pastry sheet, spread the potato mixture on one half and then cover it with the other. Using a pastry wheel, seal the mixture along the entire outer edge and then divide it into four or five finger-sized squares. The tortelli are cooked on the baking sheet for a few minutes, taking care to turn them several times.