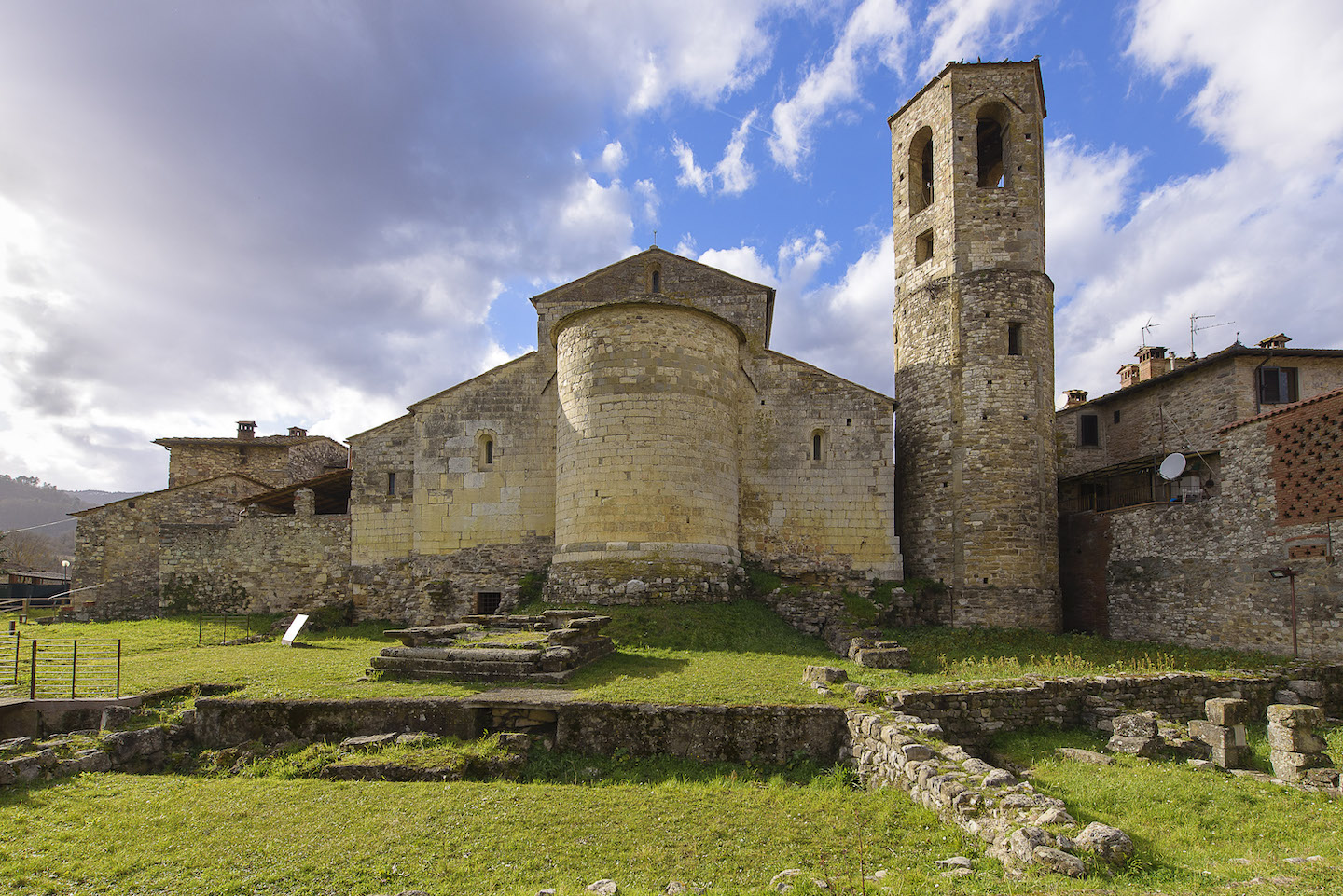 The hamlet of Pieve a Socana is located in the municipality of Castel Focognano. Its main building, as its name suggests, is the Romanesque parish church of Sant’Antonio.

We know that Etruscans had inhabited the area since the beginning of the 20th century; in fact, in the 1920s and 1930s, artefacts of Etruscan origin were found near the parish church. However, it was during the restoration works, carried out between 1969 and 1974 by the Superintendence, that the remains of a large sacrificial altar and of the perimeter walls of the sacred enclosure were discovered near the apse.

This altar was made of blocks of sandstone (a fairly common material for ancient building in the Casentino area given its abundance) and held together by lead reinforcing and supporting elements, known as “grappe”. Its outline is characterised by mouldings while the upper part is missing.

When the altar was found, there was still grease on its right side, as animals such as kids, lambs and wild boars were sacrificed on the surface of the stone, whose bones and teeth were found.

Its dimensions are 4.99 x 3.75 m and its construction can be dated around the second half of the 5th century BC. All around is the sacred enclosure, built of square blocks and partially reconstructed with material found in the surrounding walls.

The temple was probably located in front of the altar and was accessed by a tuff staircase, of which 12 steps were found.

Two pairs of antefixes, two votive wheels made of fetid stone and a bucchero vase were found in the area, among other finds. Two of the antefixes are ‘heads of Maenads’ in polychrome terracotta from the 5th century B.C., while the other two are ‘heads of Minerva’ from the Hellenistic period, dating from the 3rd-2nd century B.C.; both pairs are kept in the Casentino Archaeological Museum ‘Piero Albertoni’ in Bibbiena.

Socana is undoubtedly one of the most important archaeological sites in the Casentino area, thanks to the excellent state of conservation of the finds it has unearthed, as well as one of the most fascinating, due to the traces of religious stratification that have been layered over the centuries.

The Archaeological area is open every day for visits.