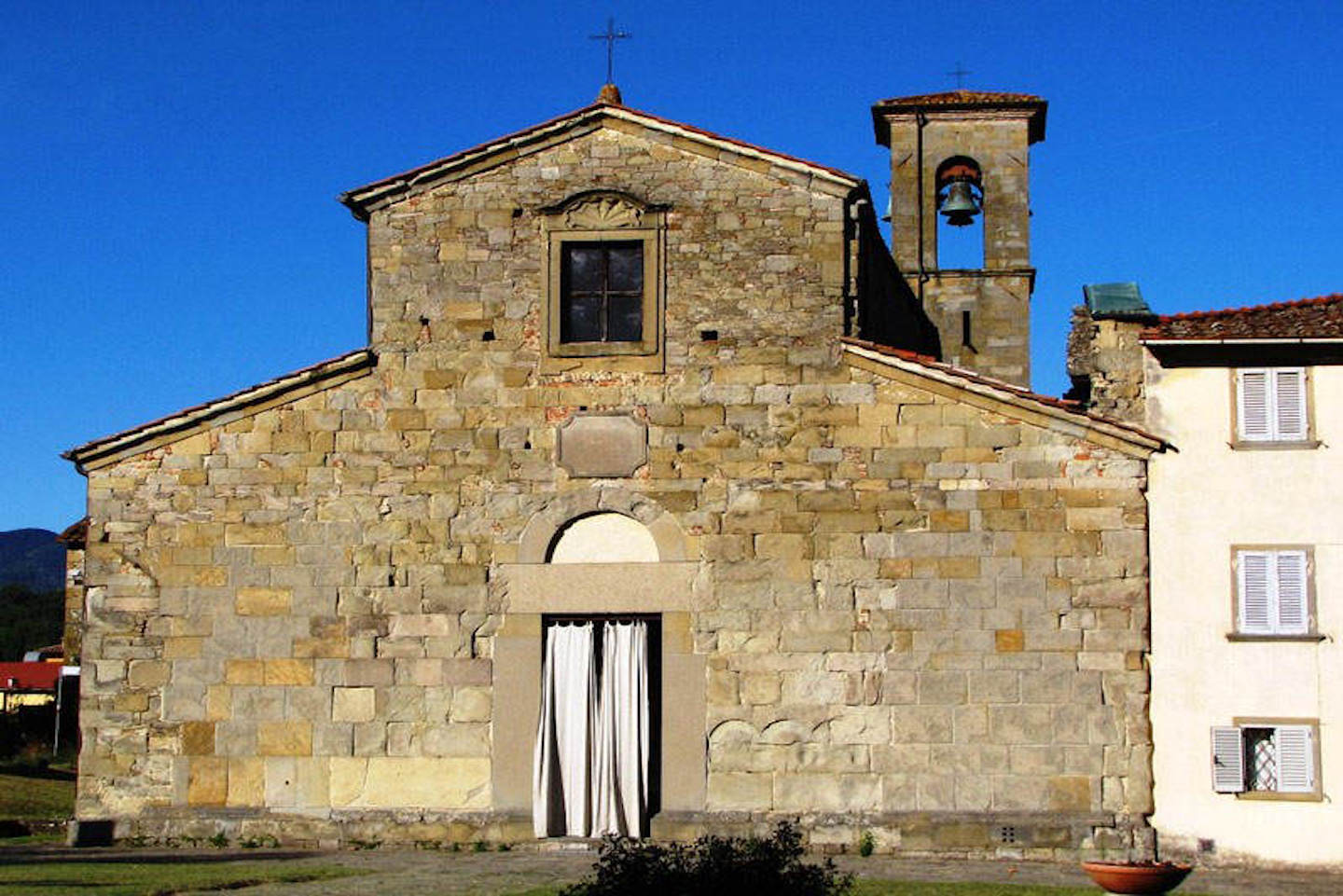 The parish church of San Martino a Vado is the only Romanesque church in the Casentino region which preserved its original façade and dimensions. The church as we see it today dates back to the beginning of the 12th century, but there is already evidence of it from 1028.

According to tradition, this parish church, along with others in Casentino, was built by Countess Matilda of Canossa.  The parish church is dedicated to St Martin of Tours, a bishop who lived in the 4th century and came from Pannonia, a region between Hungary and Austria. He was obliged to enlist by an edict in 331, as he was the son of a veteran, but during a night patrol he met a half-naked beggar and, to alleviate his suffering, he cut his cloak in half and shared it with him. The following night, Jesus appeared to him, dressed in half of his cloak, and Martin decided to convert and leave the army.

Initially, the name of the church was San Martino a Terninula, later changed to San Martino a Vado due to the presence of a ‘guado’ (ford), i.e. a crossing over the Solano river, located nearby.

The interior of the parish church has three naves marked by columns decorated with capitals reminiscent of those in the parish church of San Pietro in Romena, made by the same Lombard workers. Local workforce was also involved in the construction of the building, as evidenced by the motif of chestnut leaves, a plant of the valley.

The parish church also houses frescoes from the small church near the castle, which were detached and moved for conservation reasons. These depict a Crucifixion, St Nicholas among the Saints and an Annunciation, dating from the 14th century.

The paintings in the church also include a 17th-century painting of Saint Simon Stock receiving the scapular of the Virgin Mary, attributed to the Florentine Giovanni Antonio Pucci, and a Saint Michael the Archangel between Saints Peter and Paul, dated 1617 and signed by the painter Francesco Mati.