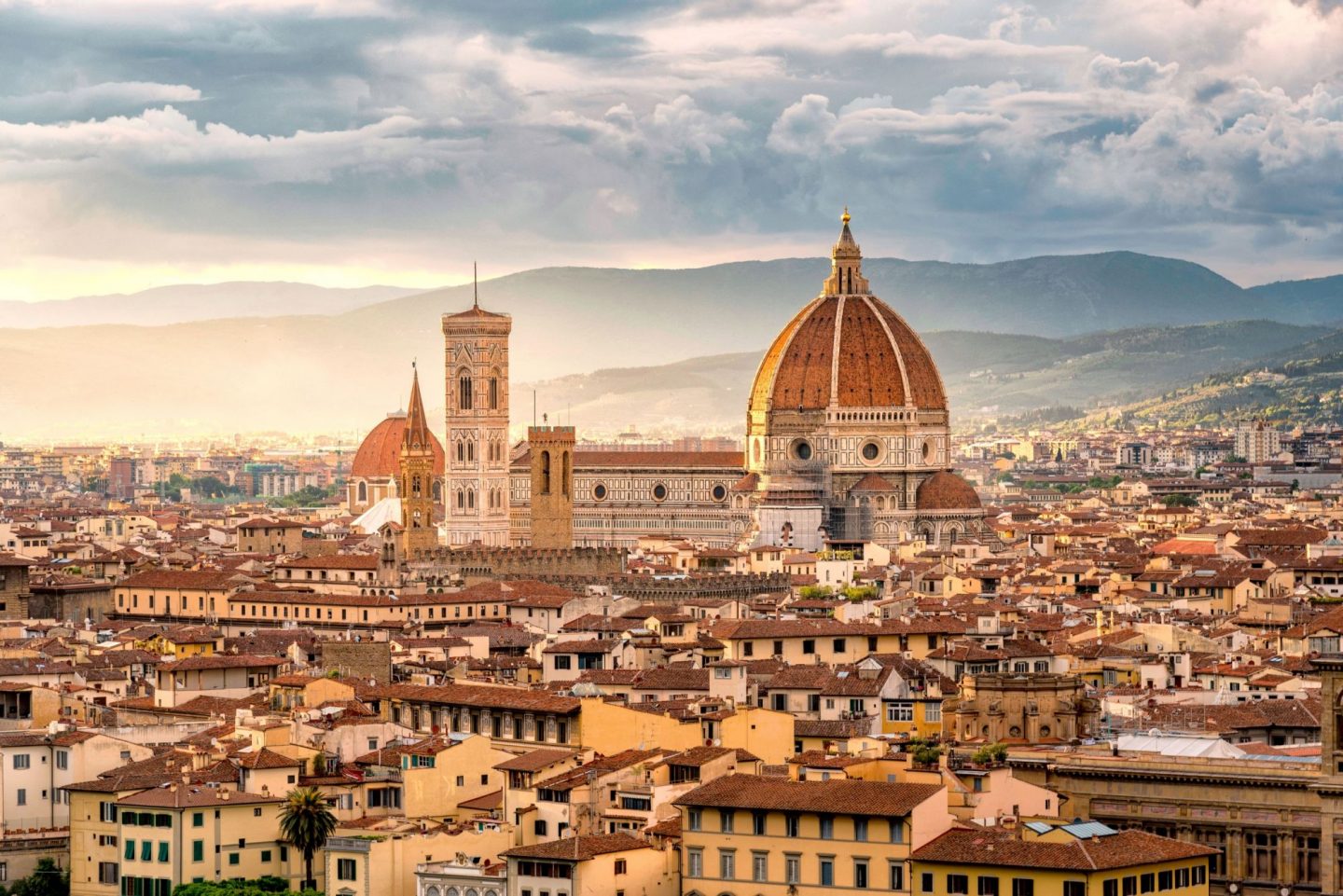 Tuscany has been an undisputed protagonist of the world tourist scene since the times of the Grand Tour.

Visiting Tuscany means experiencing history and immersing oneself in the harmonious beauty of nature, surrounded by the millennial presence of man. There are important cities of art, first of all Florence and Siena, and an incomparable artistic heritage, and its breathtaking landscapes make it unique in the world.

The Casentino, a magical valley just a few kilometres from Florence, near Siena, Cortona and Arezzo, offers many unique aspects.

It encompasses the uncontaminated beauty of nature in the Parco delle Foreste Casentinesi, the spirituality and mysticism of sacred places such as La Verna and Camaldoli, castles, parish churches and villages, among the most beautiful in Italy. You will have the opportunity to live with our community, learn about the history, meet the local craftsmen and taste the local products.

Cradle of Italian and European culture since the Middle Ages, it had its greatest splendour with the Medici dynasty, becoming the “cradle of the Renaissance”. But up to the present day, it has been home to important artistic movements such as the Futurists.

Many of the greatest artists of all times were born, lived and worked here, from Dante Alighieri to Vasco Pratolini. Thanks to these geniuses, walking through the historic centre of Florence is like visiting an open-air museum, making it a unique experience.

You can get to know a community of artisans who recreate the idea of the Renaissance workshop.

Arezzo (“Arretium”), was an important Etruscan centre, perched between the Pieve and the fortress, and later, a Roman town.

These origins are testified by the symbolic figure of Arezzo, the Chimera, discovered in 1553, during the reconstruction of the walls, dating back to the beginning of the 4th century BC. It is a fantastic animal with a leonine body and head with a goat protome and a long snake-like tail.

In Roman times, the settlement expanded towards the plain, extending the original walls. This is attested by the Etruscan-Roman walls that surround it along the route of today’s Via Garibaldi.

Ruled for long periods by the bishop-counts, Arezzo had its greatest period of grandeur between the 11th century, when the municipal institutions managed to contain the power of the bishop-counts. At the end of the 14th century, it was incorporated into the Florentine Republic (1384). Between the two dates, the city experienced a glorious history of wars against Florence and Siena.

Cortona is a small but charming town situated on a hill overlooking Lake Trasimeno.

It was one of the twelve cities of Etruria, as evidenced by its cyclopean walls.

You can visit the Duomo, churches such as Santa Maria or the Oratory of San Francesco, the Palazzo Comunale, Piazza della Repubblica, and Palazzo Casali in Piazza Signorelli.

Visiting Cortona is therefore not just a matter of visiting churches or museums, but, above all, of strolling through the steep streets and breathing in the scent of the history and traditions of this characteristic town, classified as one of the most beautiful villages in Italy.

Siena, first an Etruscan and then a Roman city, began to acquire increasing importance at the end of the 11th century, partly due to its geographical position. It began a period of development that lasted many years and found its greatest splendour at the time of the government of the Nine, in the early 1300s,

Starting from Piazza del Campo, unique with its shell shape, you will begin to be moved by visiting the Duomo, the Torre del Mangia and many other places in this open-air museum.

If you visit during July and August, you can watch the Palio, a horse race, a World Heritage Site, in which the 17 districts, into which the city is divided, battle it out for the ‘cencio’. After hundreds of years it is still the heart of city life.

The Tuscan Valtiberina is a place rich in nature but also in history and art. In the valley where the Tiber flows clear, and where nature is varied and unspoilt, you will come across towns such as Sansepolcro, birthplace of Piero della Francesca, or Anghiari, famous for its battle painted by Leonardo da Vinci, all of which containing many art gems.

Passing through the Passo dei Mandrioli, still immersed in the green of the National Park of the Casentino forests, we find a sunny and welcoming community, and genuine pearls such as Bagno di Romagna and Santa Sofia. We can visit one of the gems of Byzantine culture, Ravenna, or sunbathe on the beach in Rimini.

Romagna Toscana is the territory that stretches along the Apennines, and is the historical union between two regions, Tuscany and Romagna. Romagna Toscana has always been influenced by Tuscan culture, with the Medici, and then the Grand Duchy; until the advent of the fascist era, when the territory was divided and merged into the province of Forlì.

Romagna Toscana is a place rich in history and art, but it is also characterised by a luxuriant nature that will accompany you among natural springs, thermal waters and green hills.