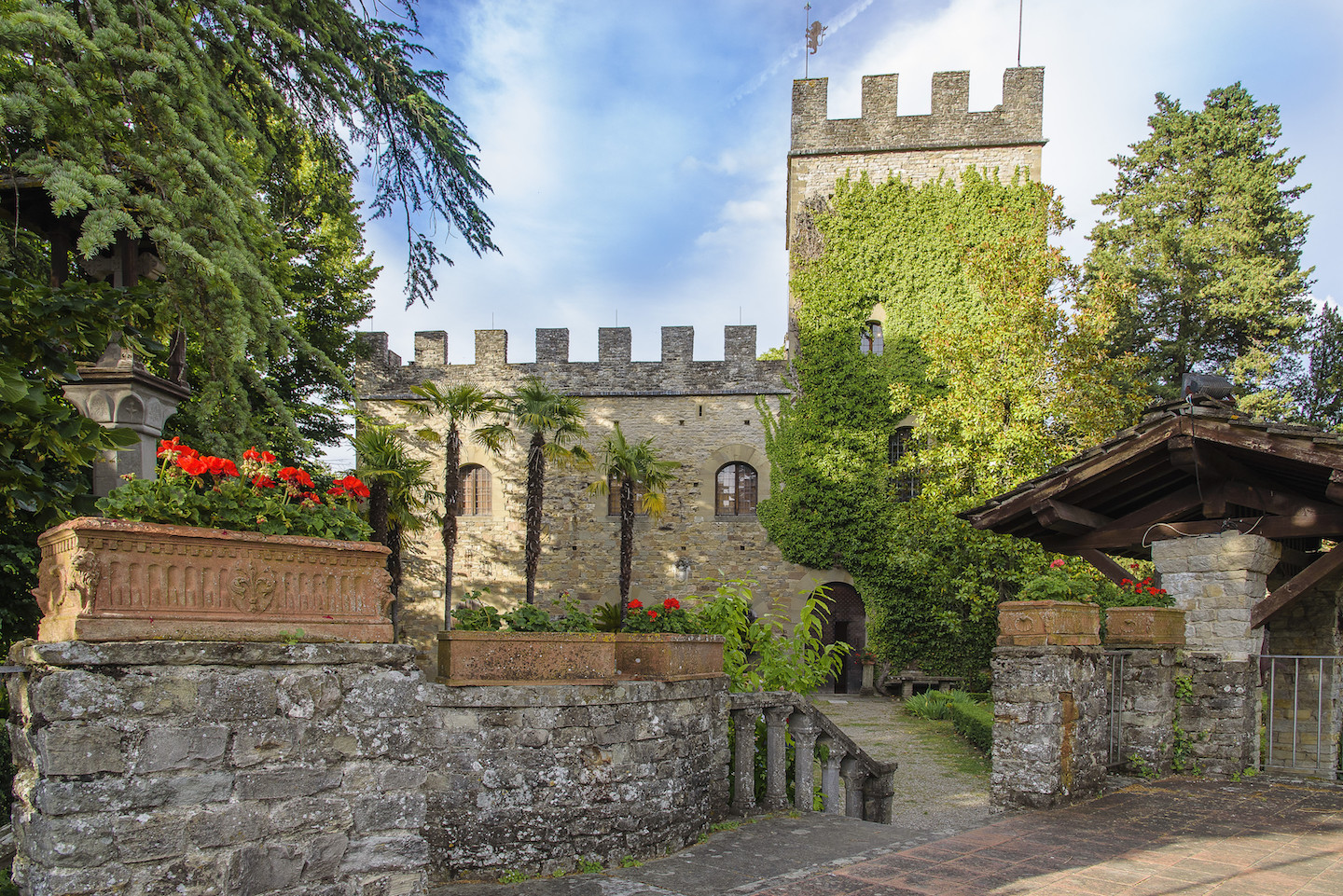 Palagio Fiorentino belonged to the Counts Guidi, like other castles in the area. Built around 1230 by Count Bandino, this castle gave rise to the branch of the Counts of Palagio, to whom it belonged for many years.

The last member of the branch of the Counts of Palagio was Count Antonio, who, in 1381, freed all his subjects from all bonds of servitude and vassalage.

In 1398, Count Antonio formed an alliance with Florence, Bologna, Venice, Padua, Ferrara and Mantua against the Visconti of Milan, although he later sided with the Visconti.

In 1402, Count Antonio had to surrender the territories to the Republic of Florence, to avoid the consequences of some cattle raids against the Republic in the lands of Count Piero di Porciano.

After this capitulation, Montemezzano, Lonnano, Papiano and Stia also spontaneously submitted to Florence, all of which were subsequently united in the Community of Palagio Fiorentino.

In 1440, during the clashes between Florence and Milan, the Milanese army, commanded by Niccolò Piccinino, burned and destroyed the castle.

The current building of Palagio Fiorentino was built, in the early 20th century, by the lawyer Carlo Beni, mayor of Stia, and author of a famous guidebook on the Casentino.  During the reconstruction work, medieval artefacts were found, including coins and a seal with the Guidi coat of arms.

The appearance of the structure, rather than respecting the original architectural layout, recalls the neo-Gothic style, popular at the time of its renovation. The façade is characterised by the crenellated tower, the two orders of the façade, and a staircase connecting the floors, reminiscent of the layout of Poppi Castle. The Palagio, now owned by the municipality, houses a Contemporary Art Collection and is the venue for important exhibitions and conferences.