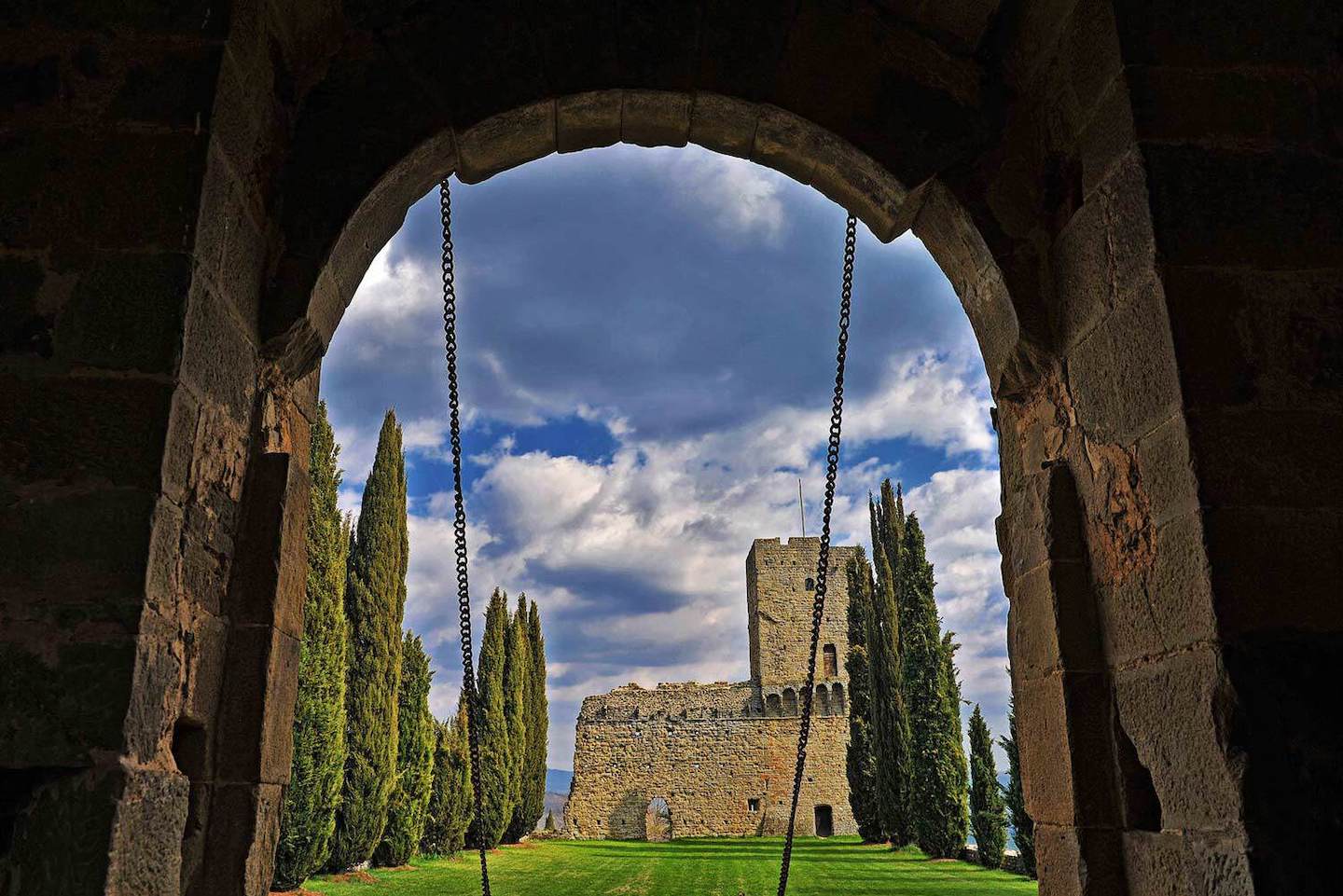 The name of Romena Castle derives from ‘Ormena’, a toponym of Etruscan origin. This hill, in fact, has been inhabited since ancient times by Pelasgian, Etruscan and Roman populations.

The castle was probably built around the 10th century, as it is mentioned in documents as early as 1008, as a possession of Guido Alberto, Marquis of Spoleto. It then passed by marriage to the Counts Guidi, lords of Romagna and Casentino, who held it until 1357, when it was sold to Florence for 9600 gold florins.

With the end of the Grand Duchy, Romena became the seat of the Municipality, only to be abandoned after its abolition. Damaged by the earthquake of 1678 and by the local population, who used it as a stone quarry for the construction of houses and farms, the castle was finally purchased at auction, in 1768, by Count Ascanio of the Goretti de’ Flamini family, who still owns it today.

At the end of the large parade ground, it is possible to recognise the prison tower, wider than the others and characterised by a large support shoe. Here the prisoners gained access from above and were lowered down through a trapdoor in the floor. Apparently, the more serious the crime committed, the lower the prisoners were lowered. This system of punishment at various levels seems to have given Dante, who stayed here during his exile, the idea for the structure of the Inferno.

The large tower at the centre of the courtyard is the Postierla tower, equipped with a drawbridge, which gives access to the “Cassero” area. This is where the lords and their families resided, protected by the moat and by the watchmen on the towers and on the patrol walkways at the top of the walls. Also in this area, is the Mastio tower, the highest and most fortified of all, and the last defence in case of siege: from here, a secret passage led outside the castle walls, allowing the besieged to escape.

Romena also inspired Gabriele D’Annunzio, guest of the Counts Goretti de’ Flamini, who wrote most of his Alcyone here, while contemplating the sacred mountain of La Verna, and the beauty of the Casentino landscapes.