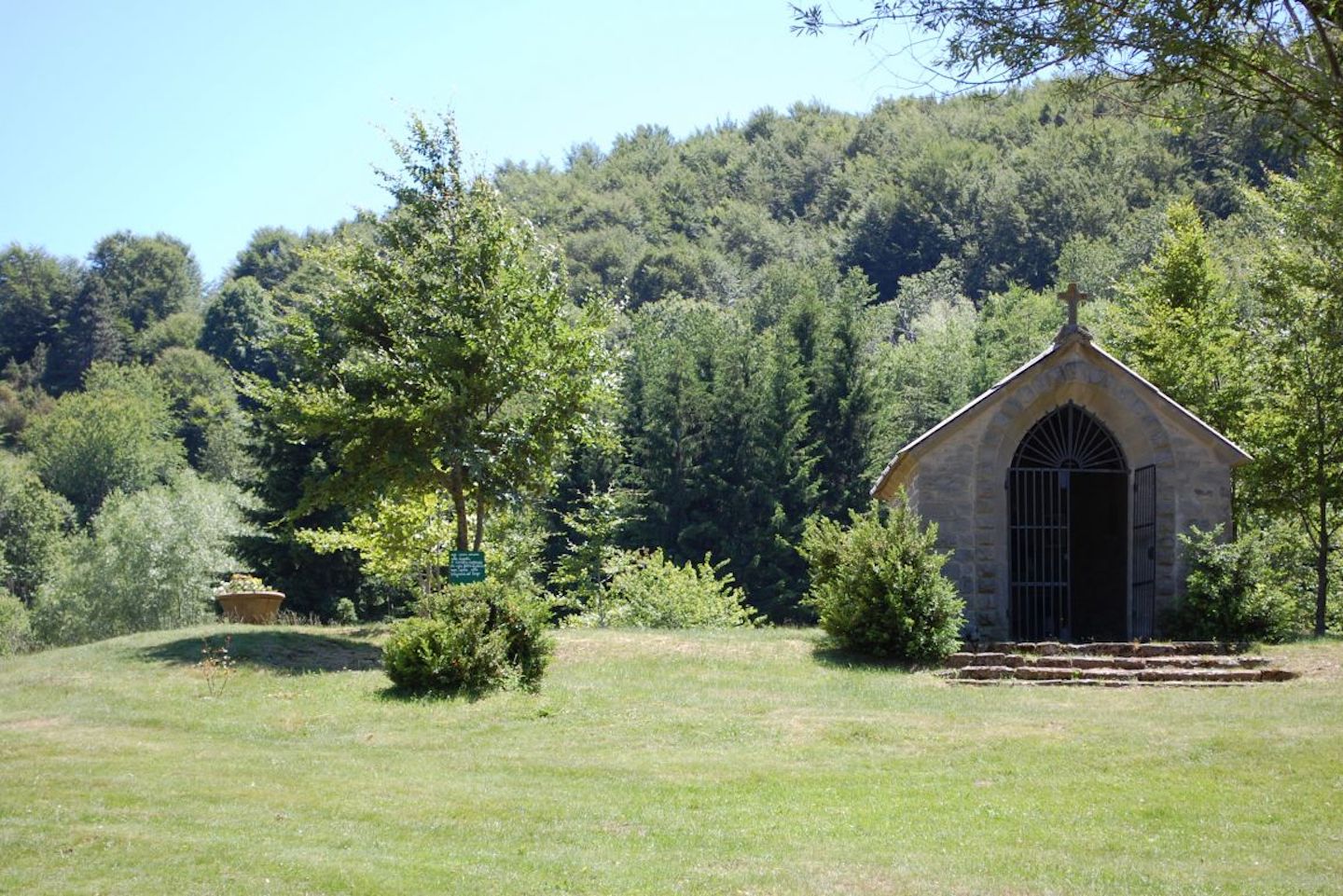 From the small village of Cetica, continuing in the direction of the Pratomagno ridge, you reach the town of Bagno di Cetica, an ancient thermal bath complex known and frequented already in ancient times. It seems that the waters of Cetica were already known to the Romans, although there is no actual evidence for this. What is certain, however, is that in 1205 a document mentions these waters and their beneficial properties due to a landslide.

The benefits of Cetica’s waters continued to be known and to find an increasing interest, so much so that in the nineteenth century a structure was built to accommodate pilgrims, which later became the current Hotel Ristorante San Romolo. This is where the thermal baths are located where you can immerse yourself in the cold waters considered so beneficial or even miraculous. Tradition has it that the beneficial effect of immersion originates from an encounter between three great saints, San Romualdo, founder of the Camaldolese order, San Giovanni Gualberto, founder of the Vallombrosan order, and the soul of San Romolo, to whom the hotel is dedicated.