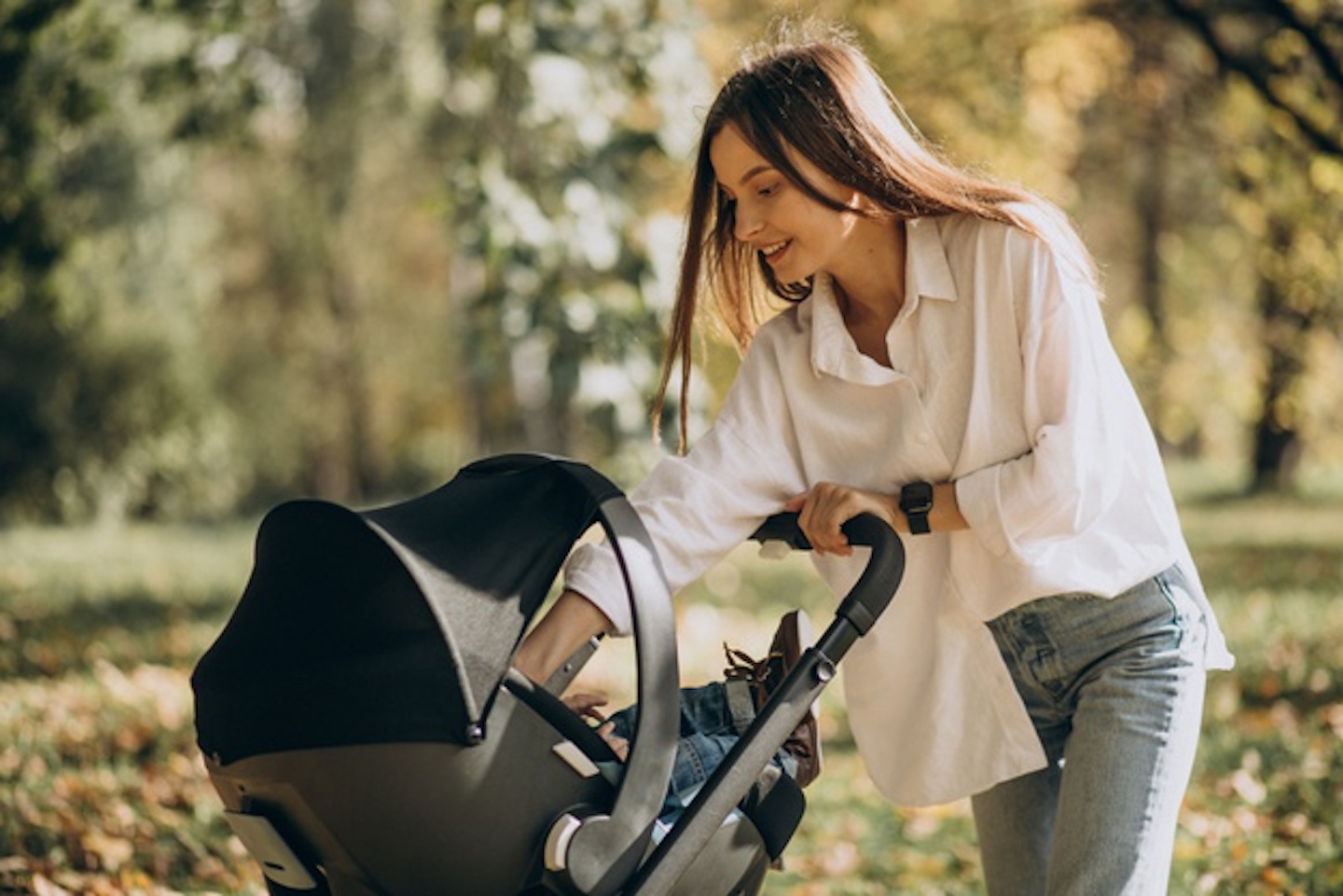 Immersion in nature… with a pushchair

Immerse yourself in the green forests of the Casentino to find peace of mind and unplug from the frenzy of everyday life. “Forest bathing” or “shinrin-yoku”. Literally “immersion in nature”, this practice is inspired by an important branch of medical science which claims that spending more time in nature can bring some surprising health benefits. It is based on engaging all five senses in the silence and beauty of nature. This experience can also be enjoyed by families with small children who need a buggy to get around. There are a number of routes in the Casentino Forests National Park that can be adapted to this type of travel, and which guarantee true immersion in nature.

Cancellino-Lama forest track, Badia Prataglia (Ar): it starts at Cancellino, four kilometres from the village of Badia Prataglia and two kilometres from the Mandrioli Pass. The unpaved road, which is not accessible to motor vehicles, is easy to follow, with no particular differences in height in the first section, and is suitable for a walk with a pushchair. After 20 km, it reaches the Lama forest, the naturalistic heart of the National Park.

Castagneto di Montalto forest track, Stia (Ar): it starts at Montalto, eight km from the village of Stia. Next to the ancient church of the Madonna di Montalto, there is a picnic area equipped with barbecues. The unpaved road, which is not accessible to motor vehicles, is easy to follow, with no particular differences in height in the first section, as far as the ancient chestnut grove. After about 5 km it reaches Vitareta.

Badia Prataglia-Campo dell’Agio forest track, Badia Prataglia (Ar): it starts from the village of Badia Prataglia, following the “Sentiero dei Castelletti” path towards the upper part of the village (Sassopiano). The road is initially paved, inside the village, and then becomes unpaved and closed to motor vehicles. It is easy to follow, with no particular difference in level (slight ascent), until you reach the suggestive clearing of Campo dell’Agio, in less than an hour, where there is a picnic area equipped with barbecues, water and toilets.

Strada delle Cullacce forest track “Dove gli Alberi toccano il cielo” (Where the Trees Touch the Sky), Campigna (Fc): Leaving from the village of Campigna (Fc), easily reached in just over half an hour by car from the upper Casentino, this track is located on the Romagna side of the Casentino Forest National Park. It is easy to walk along, completely flat, with a gravel surface and closed to motor vehicles. The route covers about 10 km (return trip), in an extraordinary naturalistic and biodiverse area, due to the presence of many plant species. In the first three kilometres there are panels illustrating the surrounding environment.

Fangacci – Borbotto – Santa Sofia (Fc) forest track: starting from the locality of Fangacci, near the Passo della Calla, easily reached by car in just over half an hour from the upper Casentino, it is located on the Romagna side of the Casentino Forest National Park. The trail is easy to follow, with no major differences in height, a gravel road closed to motor vehicles. It runs for a few kilometres completely immersed in the forest, about one and a half kilometres, to Piancancelli, from where it is possible to continue for another three kilometres to Fonte del Borbotto.