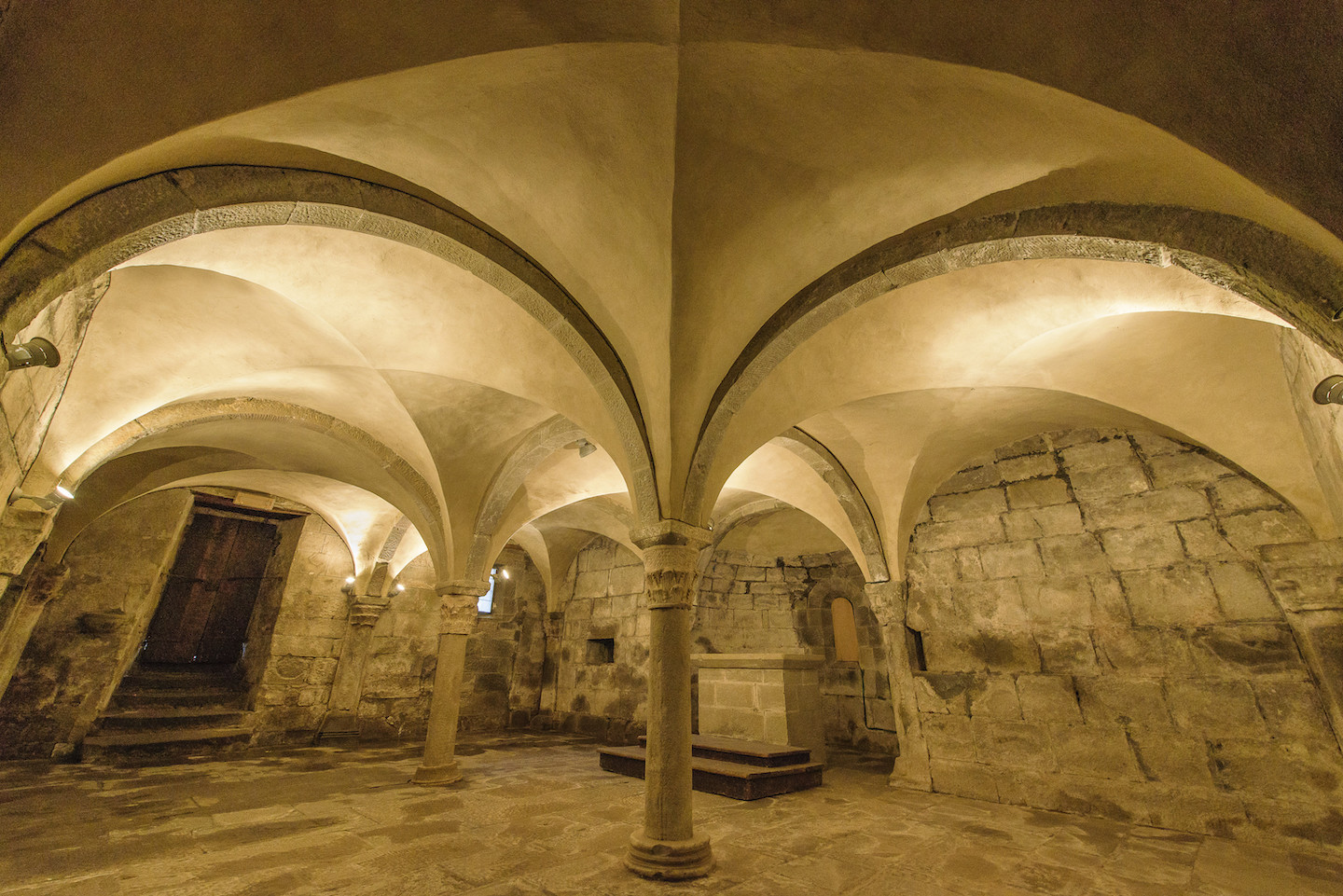 The history of the village of Badia Prataglia is linked, as its name suggests, to that of the abbey, founded around 986 by two Benedictine monks form Cassino. The abbey became known in 1002, when it was mentioned in a diploma of Emperor Otto III, which placed it before that of Camaldoli. This proves that the Abbey of Prataglia predates the foundation of Camaldoli.

In its early years the monks rapidly increased in number, and in September 1008, Elemperto, the bishop of Arezzo, consecrated the new church. The bishop enlarged the monastery, allocating it woods, vineyards and fields along the Archiano river, in the parishes of Partina and Bibbiena.

From its foundation to the middle of the 12th century, the Abbey became increasingly powerful, thanks to a series of donations from the bishops of Arezzo. However, its expansion clashed with that of Camaldoli, which had gained greater power and fame in the meantime. On June 15th, 1157, Girolamo, Bishop of Arezzo, subjected Prataglia and all its possessions to Rodolfo, Prior General of Camaldolese order, thus putting an end to the disputes and struggles that had arisen between the two religious orders, a decision later approved by the Pope.

The abbey survived only until 1391, when Pope Boniface IX suppressed it, uniting its assets with those of Camaldoli.

Today, all that remains is the church dedicated to Santa Maria Assunta and San Bartolomeo, remodeled several times over the centuries.

The façade is rather simple, featuring a round-arched portal surmounted by a small window.

The interior has a single nave, a wooden truss roof and a semicircular apse.

The crypt, located under the raised choir, has three naves and two bays, with round arches and cross vaults. The capitals vary in style and two of them, decorated with palmettes and acanthus leaves, come from a pre-existing Roman building. The crypt was restored in 1910.

A rectangular opening in the back wall was used to hold the relics of the saints. Of particular note is the bas-relief figure of a praying man with his arms upwards.

The church probably had two towers at the sides of the apse, which were demolished in 1510 when the parish priest’s house was built, while the bell tower was only built in 1930.