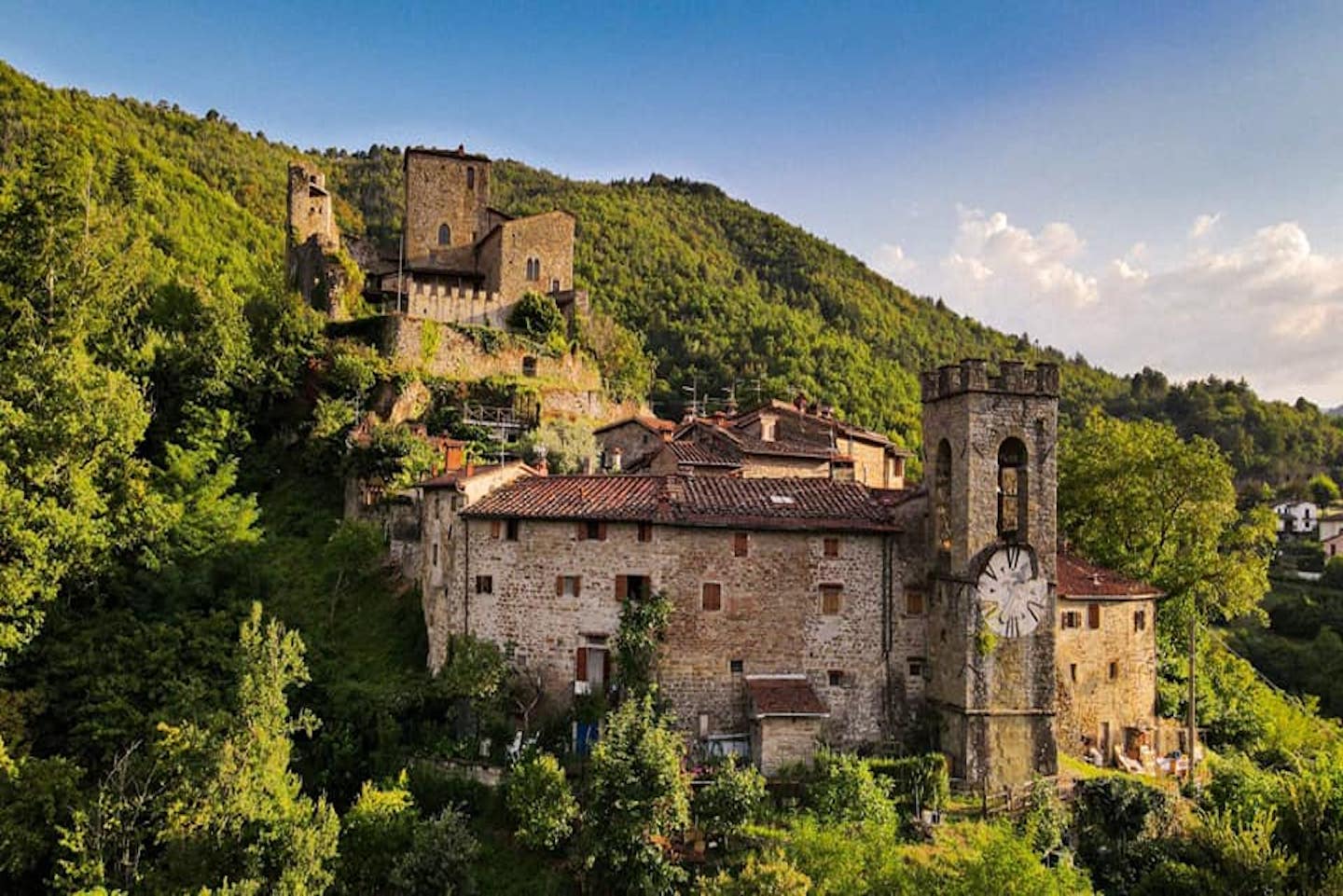 Castel San Niccolò is the name of the castle that dominates the village in the valley of the Solano stream. It takes its name from the saint after whom its church is named, subsequently extending to the entire municipality. It is said that the hillock on which this castle stands was inhabited by devils who wanted to prevent its construction. Thanks to a relic belonging to San Niccolò, the place was freed from the infernal presences and the work was finally completed.

The chief town of the municipality is Strada, the village of stone. The thousand-year-old tradition of working with this material finds its cradle here. This is how the “Mostra della Pietra lavorata” (Exhibition of carved stone) was born, an event that, in alternating years, showcases the best of this craft production. Master stonecutters for generations, the inhabitants today keep this tradition alive – recounted in the Museum of carved stone – passing it on to the young. The village square is largely occupied by a beautiful stone loggia, which once housed the market.

A must-see is the Pieve di San Martino a Vado, located at the beginning of the tree-lined road leading to the centre of the village. It is one of the most important and oldest Romanesque churches in the valley, first mentioned in 1028. The capitals adorning the monolithic columns are of considerable interest, made by Lombard masters and dating back to the 12th century.

Not far from Strada, we find Borgo alla Collina, the birthplace of Cristoforo Landino, humanist and refined commentator of the Divine Comedy, whose body is preserved in the village church.

Cetica is also in the municipality of Castel San Niccolò. It is a small village known for a particular product: the Cetica red potato, a Slow Food presidium. The community has rediscovered its own strength and creative skills, as well as a small production niche for this tasty food. Here you can visit the Ecomuseum of the charcoal burner and, not far from the village, on the slopes of Pratomagno, the Bagni di Cetica, a sort of spa with tubs filled with very cold water where healing ablutions have been performed for centuries: many visitors are attracted every year by the sanctity of these waters which, it is said, heal skin diseases, pains, the so-called stone disease, heal the liver and spleen and give women back their vermilion skin colour.